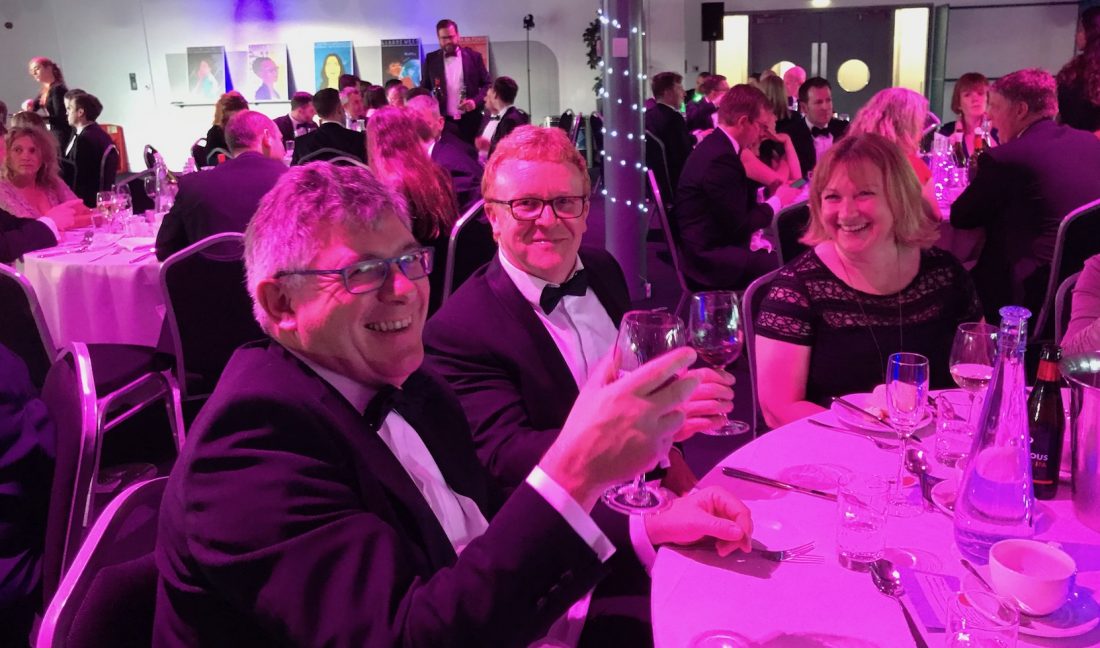 A group from PEP, together with guests, attended the annual Royal Town Planning Institute (RTPI) South West dinner on Friday 14th June. It was held at We the Curious (previously known as @Bristol) home to hundreds of interactive science exhibits. 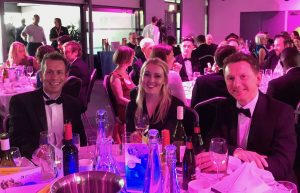 Mark, James and guest at the annual RTPI dinner

Vice President Sue Manns opened the dinner reminding the audience about the challenges of diversity in planning and the wider built environment.

His academic interest lies in finding ways of communicating complex and contested ideas to public audiences a challenge of which the planning profession is acutely aware. And this was the topic of his speech. 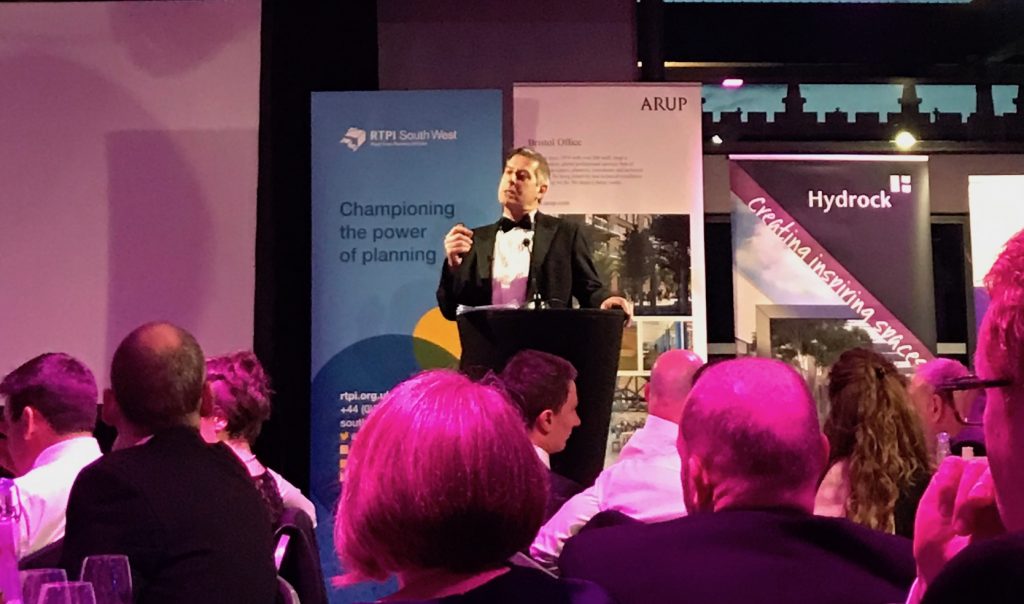 We were all ears as he shared ways of successfully communicating with your audience, and how important it is to tell a story rather than bombard with data and statistics. Stewart recounted his own findings;

“When information is complex, people make decisions based on their values and beliefs.

“People most trust those whose values mirror their own.”

All very interesting. The evening ended with mini meringues poached in liquid nitrogen… 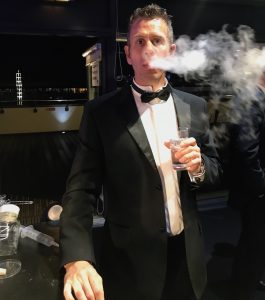