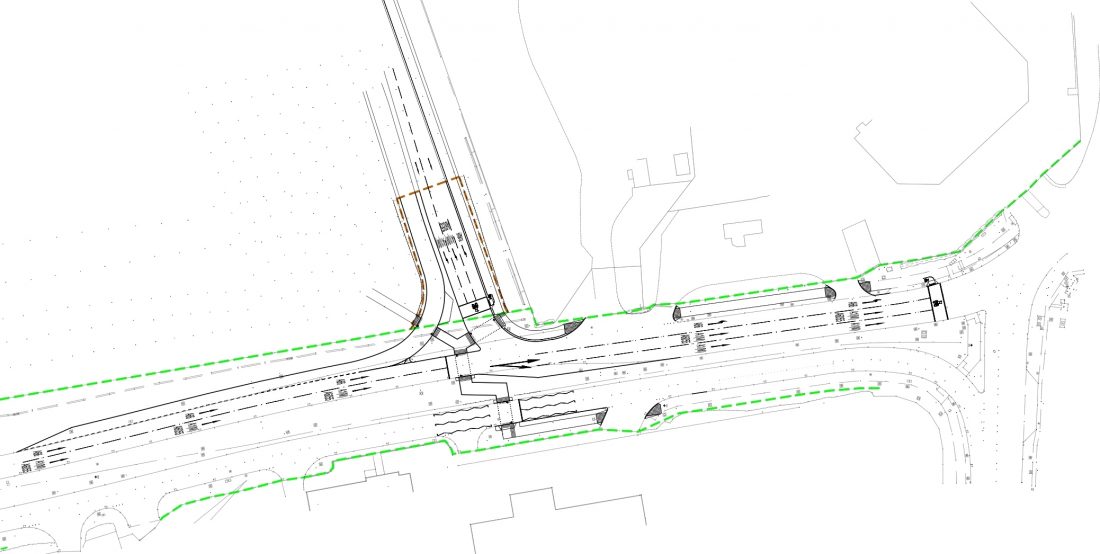 Peter Evans Partnership is producing highways detailed designs for a new designer shopping and leisure outlet centre at Scotch Corner. Situated where the A1(M) and A66 meet, Scotch Corner is one of the most recognised and well known road junctions in the UK.

The Scotch Corner Richmond LLP 250,000 sq ft scheme will feature up to 92 units in the first phase, 10 of which will be a range of casual dining restaurants and cafes.

PEP has been involved in the Scotch Corner development on the A1(M) in North Yorkshire from the outset, providing:

Despite the local planning authority’s support, the scheme received objections from neighbouring authorities when planning permission was sought back in 2015. This was primarily due to concerns over traffic issues and the effect it would have on existing town centre retailing.

PEP have more recently helped secure technical approval via S278 Agreements for the new arm access from the existing Blue Anchor Roundabout. Work is continuing on the second access point, a traffic signal junction on the A6018, providing delivery and customer access. The work includes a pedestrian and cycle toucan crossing on the A6108 dual carriageway.

PEP have many years experience in highways detailed design. Using the latest design software, we prepare drawings and designs for both off-site S278 and on-site S38 highway works. Analysis of vehicle movements, site access 3D ground modelling and vertical alignment profiling have all played their part in managing this particular scheme.